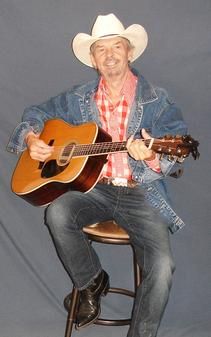 I believe with the capability I have in America today I also have a concurrent responsibility in doing all I can for America's need today.


I believe every journey begins with a first step and that we as Americans can journey into   a better world by first identifying that step and I believe it to simply be knowing/accepting that what we program into our brains we become and that simple cause & effect reasoning  points to choice of content with which we imprint frontal lobe to be prime determining factor designing  behavior.


And I believe and that by utilizing our most effective multimedia programming communications vehicles to best motivate responsibility and positive character we can program higher level behavior. And because I know the song is the most powerful communications vehicle known and believe responsible multimedia is capable of uplifting thinking design towards achievement of potential and know we can continue to inspire, create and implement our time tested time proven Made In America Can Do Attitude in helping accommodate positive domestic and global change via programming emphasizing/edutaing higher level thinking skills replacing lower  ones  ~  I sing songs about America like "The American (Can Do!)" @ theamerican.us.

"The American (Can Do!)"  is scheduled to be recorded by Vets @ vetsworld.com


Not satisfied with just dismantling/erasing history memorial, reducing my energy/medical uranium     isotope capability and rendering law enforcement confusion, I now see the very pinnacle of my     American Spirit icon NFL Football suddenly apppearing on TV without my National Anthem setting tone/now seeing players brawling on field/lack of game enthusiasm once unrivaled and me a once       avid fan now gone from venue but one who would like to be able to rejoin should that venue once      again elect to reflect my unshakable American Spirit putting players on field/customers in stadium       and creating a platform of enablement to succeed and entertain but not for attempted erosion of            my American Spirit very capable of simply replacing  an NFL/National Football League with an AFL/American Football League.

​Since Congress has not declared war against terrorism and it is up to me to do so I herewith   declare  war against  terrorism in this ww3 / war of values now upon me, my freedom, liberty, democracy and pursuit of happiness @ candoarmy.com /CANDO virtual army.


​On this independence anniversary day of my country I think of it's values liberty, freedom of speech and pursuit of happiness as being natural values that should be available to all people of all countries and I thought  of the girl  named  Neda and her opposition to the oppression of the people of Iran and was inspired to write the song "Neda's Song"  @ nedassong.com and I believe that motivated by CANDO Edutainment we can build the most powerful tool personal responsibility as the primary vehicle towards the well being of humanity and environment.


As the American ambassador to Constellation CANDO I am signing up ambassadors from other countries as well in inspiring freedom of expression in developing new thinking designs via a self motivated excitement of endless possibilities along CANDO Avenue/the road of achievement through Constellation CANDO/the achievement universe found in one's own imagination where candoarmy.com members of


the candoparty.com neutral/nonpartisan/nonpolitical party of individual Soldiers of Peace on the march share our same American values.


Hey Mr. President / idea for consideration here / how about the name Americare Insurance for    Americans ?

I believe that quality control is the main ingredient building any product, project, maintenance of country and desired state of mind to it's goal achievement and essential to it's very being and that to think otherwise is to simply not to think. I believe that America's borders must be secure like other countries are in order to even have an identified country unique to it's own special nature.